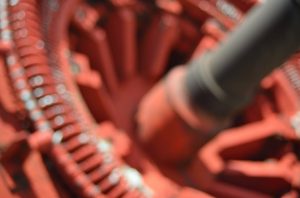 Did you ever set up to take that really cool shot and end up doing something stupid like have your footing slip, or have a tripod unlock and twist, or basically have the unexpected happen that actually made that cool shot even cooler? Well, like most, you probably weren’t thinking that at first … you were probably thinking something more in the lines of “^$@@!!&&%$^!!”. Right? That’s my usual reaction until I start processing files. Then you end up seeing the art in the mistake.

More than once I have taken shots that instinctively I would hit the “delete” button on, but fortunately these days we have the ability to capture hundreds of images instead of the 24 to 36 on film or 38 on the older CF card cameras (keep in mind this can be a “pro” for efficiency, but also can become a “con” to the quality of your workc – article later). Here we are talking about the “pro” part of the argument in parenthesis.  This time we are capturing mistakes that in the end become treasures. The image for this article is an example. It’s the inside of an induction motor for an incline in Pittsburgh. The lens was accidentally put in manual focus mode and the slightly blurred image was captured, almost as if seeing it in a dream. Yes, you could Photoshop something similar, but having it happen naturally captures a feeling that software can’t add. This is also the reason for specialized lenses like Lensbaby. The manipulate light in  way that even AI software can’t … and yes, most people’s brains register this. The same way you brain can tell the difference between film images and digital. Natural just seems better – even if it was initially a mistake.