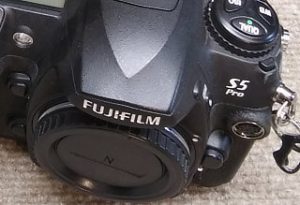 Rivalries are everywhere there is a personal or professional preference for something. Sports teams, game consoles, and of course … cameras. Many of these rivalries started with legitimate competition that set them in play (ie. the neighboring high school or college football teams where one always seems to be the underdog, soccer (or as many would say “real football”)), etc.

In the camera world there are many reasons this happened (there is a link below to a great article by the Latin America Post that sheds light on more recent ones and some history). I’m a Nikon shooter (I can post the pic in this blog, simply because it IS a Nikon D200 body … just ignore the imager and electronics) … and as a Nikon shooter I don’t shoot with Fisher-Price cameras (you know, Canon).

OK, let the comments fly after that one.

A good rivalry between photogs can (besides being fun) actually challenge each other’s skills and force them to improve and can actually be healthy.

By healthy I mean that when your spouse, partner, friend, etc goes walking out of the house to the local photography meetup muttering about having to shoot with “those Canon people” – this can be seen as a healthy rivalry. Now, if they do the same thing while carrying a crossbow, that is probably not going to end well, and 99% of the time is NOT a sign of a healthy rivalry. You might want to stop them and nip that in the bud if you care about them. If you have been waiting to get their Nikon (and really don’t care about them because you’ve only been with them due to the attraction to their camera gear), just let it play through … the Nikon may have to sit in evidence for a year or two, but you should get it after the court proceedings.

For the naive and those that do not understand the comedic sarcasm in the above paragraph, please click on this link. For those really naive (or generally stupid), here is my disclaimer: I’m making fun of camera brand rivalries, so I’m not serious about anything in the paragraph above … except the poke at Canon photogs.

Let’s get back to the reasons:

We could have included many other camera brands to jest at … but that would most likely make this post 300 pages long. I mean the brand besides the big two, area at least trying 🙂

Keep rivalries fun … and keeping shooting fun for as long as you can, because once it becomes work you the excitement dies a little (especially after that snotty nosed kid sneezed gunk all over your $5000 portrait lens and his mother giggles over your misfortune.)

Canon Vs Nikon …. the rivalry.

P.S. The Canon shooters are allowed to fire back … 😉

The New Analog: Digicams Are Back On The Street!

The Edit: Gimp or Krita