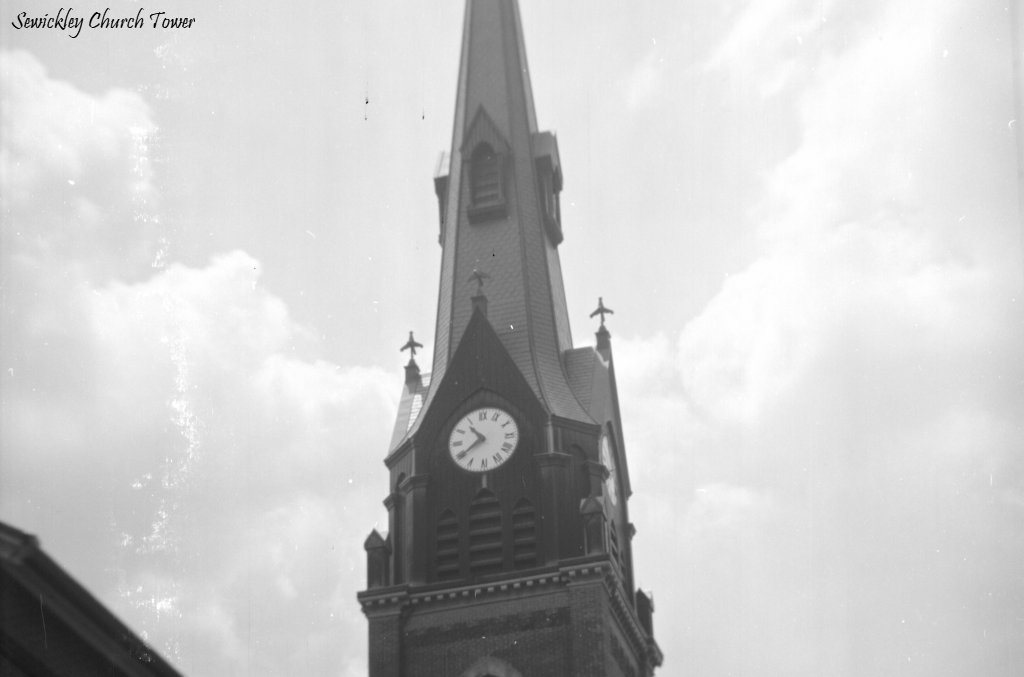 Above is am image taken with a Spartus Full-Vue Camera 2.25 inch square (6×6 format). Image on the right is a picture of that camera. The image above was only cropped to an approx 4in x 6in ratio and was not 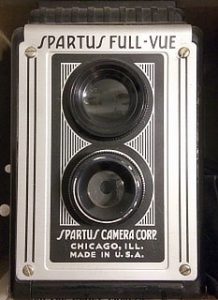 cleaned up. It definitely doesn’t look like it was shot with a modern digital camera where the images is all crisp and perfect, although it was taken on modern unexpired film in approx 2020. There are many things that affect this end image product in modern times, and we will go into a little detail on that later.

The Spartus camera used takes 120 film, was initially released in 1948 (post-war), and is based more or less on shooting at 100 ISO with a shutter in the 40s (so … holding it against something solid while shooting is a good idea). I’ve seen the Spartus cameras with manufacturing locations in Chicago and Toronto. A few updates and improvements like a sync flash appeared around 1949, but the camera generally stayed the same – there are a few links below on the camera that give you moch more detail on the model. It is a waist view finder and generally shot that was. Like many of the cameras of the time that normal folk could afford for taking the family pics, there were not shutter or aperture adjustments – you just got what you got. Surprisingly, many times that was fairly good. These cameras are still fun to shoot with, but stick to the cheaper 120 films as the lens is not perfect and usually out of focus around the edges … so, shooting professional 120 film a very much wasting your money.

Alright … to the modern film.  In Part 1 of this article, we discussed shooting with retro expired film. Like Forest G … you had no idea what you were getting nor had more or less had any ability to compare it against another exposed expired film simply because expired films will all age differently unless you had someone storing them in archival storage. With newer unexpired films you can now compare shooting conditions, make and style of film, and exposure settings (where possible) between rolls to do simple things like judging the condition of that cute are deco box you acquired at Aunt Nebbie’s neighborhood yard sale via the images it produces.

The film we used for the image above was Ilford XP2 Super Film which uses a CN-41 process. This is your standard process for 35mm color negative film. No special processing, and shops like Premier Imaging in Pittsburgh do not have to ship the rolls out or process separately from other films. The perks of this is that you can your film generally fast to scan or print and with less of a chance of mistakes in processing due to machines having to be switched over. The image above was obviously not the greatest, but the film itself, depending on the speed of the film takes nicely high resolution shots. Ilford – in my opinion, CN-41 process or not, produces some of the nicest B&W films available.

In general, shooting vintage is cool, creating memories set in the past, but shot in the current is exciting … you don’t have to do it with a film where, until developed, you are in constant anticipation to see if your images came out at all due to the age of the film. Generally, you can get a roll of film like the one we used within a range of $8 to $15 and processing only around $13 per roll. Total cost averaging $25 per roll being reasonably to fooling around with “medium format film”.

My chosen style when shooting cheap retro cameras is to scan the film as is, including scratches, some dust particles, and imperfections to add the that found in the attic, stored in a shoe box feel to the pictures. To me this takes me back in time within an image emotionally, even though it may have been shot only weeks before I had the negatives developed. Now … if you want really cool color, try 120 color slide film (slightly more $$$$ though).

Note: the image above was not retouched or restored, it is the raw scan from the negative produced.

Guide To Negative Film and Cameras on Nostalgic Media

Rivalries: You shoot a what????