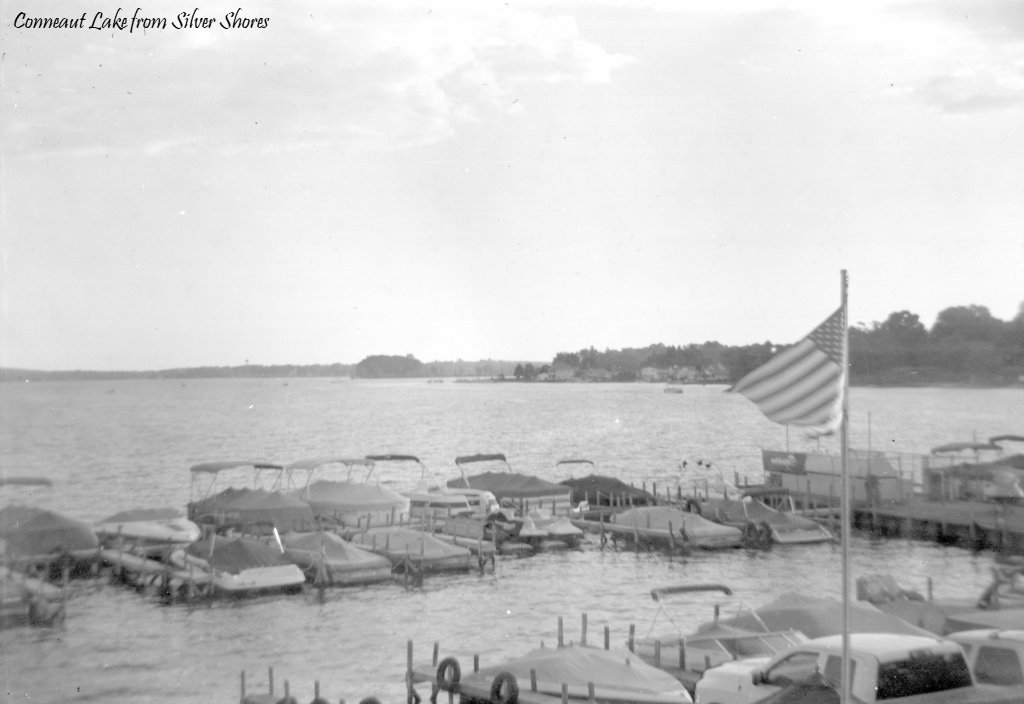 One of the easiest ways to time travel (less the monsters,mutants, and expensive cinema cameras) is through photography. The capability of film and a great (or most likely crappy) lens to take you back seventy plus years. The photo above was taken with the camera pictured to the left. Less the design of the boats, it’s really hard to tell whether the pic was taken in 2020 or 1953. The imperfect focusing of the lens, slightly blown out highlights from a set shutting time, fogginess in the distance due to the films age …. all take you back in time. Plus, well, it’s just fun to shoot with old stuff.

The film shot about was older and expired Kodak Verichrome Pan B&W film shot around 2019-2020 with the camera picture to the left. Although the detail had gone down to to the age of the film, it exposed fairly well to a larger 6×9 medium format negative (the film when fresh had amazing detail … see the link on it below). The image taken with it was in Conneaut Lake PA from the parking lot of Silver Shores Restaurant which originally opened in 1930. If you are in range or coming to PA, I highly suggest visiting there … even with current updates to the site, you can easily imagine your family vacationing in the 1950’s, coming from your “Dirty Dancing” vacation cabin to Silver Shores for an evening dinner on the lake while watching the sunset. Kudos to the owners for keeping this up and not selling out.

Back to the camera stuff … imaging editors, software, modern digital cameras can all create the scene in the image heading this article – but only real hardware, aged and expired film, and captured emotions can truly recreate a 1953 memory shot in the 2000s. The perfect storm of all those organics coming together can effectively take you back in time to another era that passed you by or you came around decades later to. It is amazing to find unexpired films whose chemicals age well, and even those that do not to expose in the present. Some like the film here may only lose some resolution due to the chemicals deteriorating, and some may expose to a degraded image the really produces that faded photograph from your childhood that you cherish so much given to you by your grandparents.

So … it is a choice. Keep that roll of film on your shelf proudly being displayed with your vintage cameras for your holiday guests, or take a few dollars out of your piggy-bank and shoot a roll or two creating memories from past decades that happened today. Don’t leave those rolls sitting for the next guy after you pass … be selfish ;-).

Cherish a past memory created in a modern time.

Note: the image above was not retouched or restored, it is the raw scan from the negative produced.

The New Analog: Digicams Are Back On The Street!

Digital or Film or Both