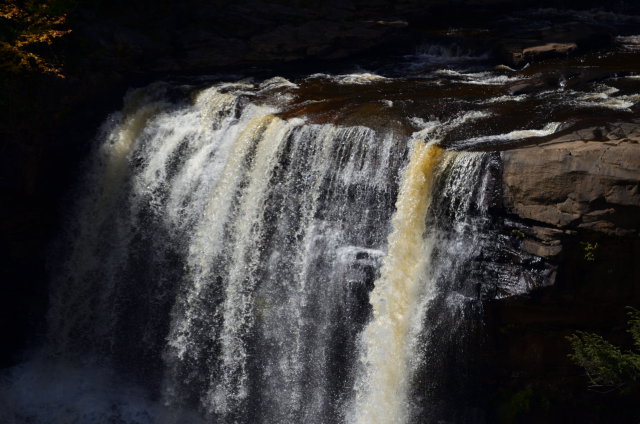 Well, at least you can see some of it …

You have you day planned out, the fall colors are starting to look amazing, the cool crispness of the air invigorates you ….. and they you see that pin-spot of light on the area you want to shoot. No camera can compensate for that, I don’t car how good the new A.I. is in the image processor. Well, you get what you can, and then more on to post processing. Too bad you can’t go back to the future and get a 50 gigawatt flash.

At this point you are at the mercy of your photo processing tools regardless of what you shoot with (whether it be an iPhone, Pixel, or the digital camera you mortgaged your house twice to finance). Most of pro and semi-pro shooters know their way around apps like Adobe, Krita, digiKam, or GIMP enough to work towards a good output. What about those folks using cameras on phones that are now getting good enough to make it worth your time to look into post-processing for their shots. Up until now, it have been taken that most of the pro-level post-processing needs to be done in laptop or desktop environments with tons of cpu processing. No longer. The apps for the pro phone shooters are coming around. Here are links to a few:

Now, yes, most pro’s are going to have go-to programs they will use by default, as it really does help with consistency in look and feel of an image. When you are selling a money-shot, the extra work in hand selecting where your adjustments are going to happen in an image as opposed to depending on A.I. trying to figure it out for you (although the photo A.I. in apps has greatly advanced over the last few years), will probably still be a preference for most professional folks and it can be a signature of their “style”.

Meticulously working out the imperfections in a badly lit image and take as much time as professional photo-restoration, but a necessity for providing usable product to customers (or your self if you are a tad bit OCD). There is still nothing like seeing an image you captured light up the lives of people that view it … even if it ends up in a print add for adult diapers. Check out the apps above while dealing with the fact that there are professional photographers that use phones now – knowing that they too get the headaches of bad lighting.

Digital or Film or Both

The Edit: Gimp or Krita